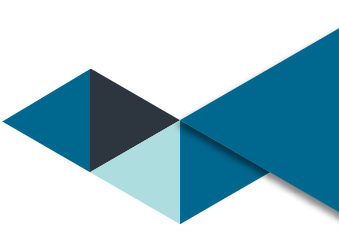 Dimensions of Social Determinants of Health

The health system, including insurers, care systems, and allied organizations wants to develop and improve population health management.  Toward that end social data referred to as Social Determinants of Health (SDoH) have been identified as a source of information that helps system managers understand “the non-medical obstacles that prevent people from being as healthy as they can be.”  This is a good working definition of SDoH.

Enumerations of SDoH have been developed.  The short versions focus on available indicators of socio-economic status (SES) such as income, education, race, and so on.  But the list of potential SDoH gets long when the circumstances within which people live are considered.  What belongs as an SDoH and what doesn’t remains a fluid idea.  In this post, we will not provide a final definition either.  Our intention is to provide a summary of part of our investigation of SDoH’s and how our analysis has revealed a set of dimensions.

Dimensions are useful for several reasons: 1) they generate broader classes of SDoH that help us think about them without having to recall a blizzard of data; 2) they identify questions that would be good to ask patients or members when assessing their non-medical needs; 3) they guide priority setting and show where opportunities might exist to address more than one issue at once.

This project has been self-commissioned by Deft Research (it is not sponsored).  The objective is to guide the development of our market insights services.

The data comes from a survey of 675 consumers whose insurance sources include Medicaid, Individual-Family Plans (IFP), and Uninsured.  Persons obtaining employer-sponsored insurance were not included.  We used quotas to achieve a roughly equal portion of respondents obtaining insurance through the IFP market, Medicaid, or being uninsured.

Health services researchers and population health managers would agree that the association between higher levels of economic resources and more optimal health is one of the most well-documented relationships in public health research.  We don’t disagree.  But the studies that generate this statement, refer to links between overall socio-economic status and overall health status – with health status measured in such terms as life expectancy, infant mortality, access to care and other metrics.  These studies have inspired us and point the way toward using SDoH, but do not show us how to use them in the operational settings of health insurers or care systems.

Using our survey data, we looked at the association between socio-economic indicators and health outcomes of interest to an insurance company or a care system.  We confirmed that some of the indicators were related, but left much unexplained.  Below is a summary:

As mentioned above, the list of SDoH becomes longer when more elements of the circumstances within which people live are included.  Along these lines, our survey captured aspects of social connectedness, personal security, and living in scarcity.  We used a statistical procedure called factor analysis to help us discover aspects that come together to form a dimension of SDoH. 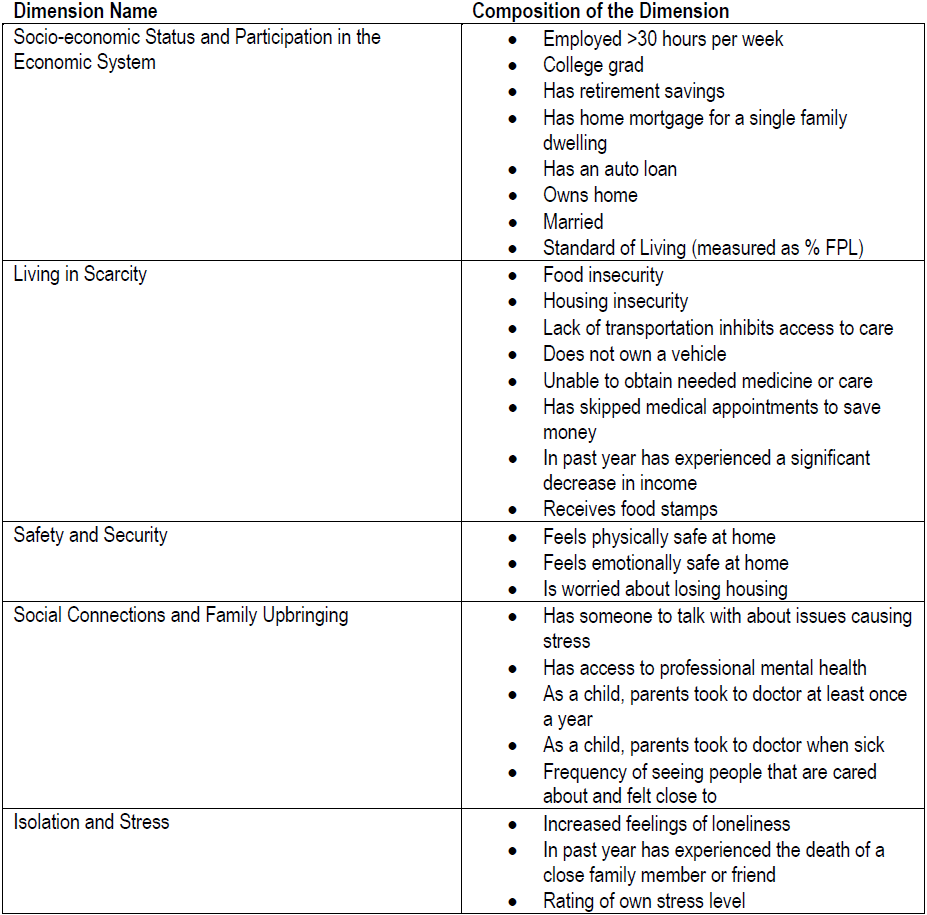 For one outcome tested, using all of these dimensions increases the explanatory value of our analysis from less than 10% when using only SES to more than 20% (referring to the R-squared measure).  The analysis yielded an explanatory value of 21% for ambulance rides, next best was 17% for ER visits.

We conclude that adding these dimensions more than doubles our understanding of factors underlying eventual health system outcomes.  However, when pursuing these very specific outcomes, the explanatory value of SDoH dimensions is not high, we view this result as a significant piece of explanation, but clearly not the whole.

Analysis showed that persons with incomes above 400% of the FPL (and therefore beyond eligibility for the ACA’s premium assistance or other programs) for the most part live without the burdens described by SDoH.  But not entirely.  For example, 9% have experienced a significant decrease in income during the past year, and 13% are worried about losing their housing.  The answer to the question, “how far up the economic ladder does the impact of SDoH go?” is unknown.  These findings suggest that there is an opportunity to use SDoH to manage a broad population.  The enterprise of population health management may have a better chance to succeed if this is the case.

To be complete, the incidence of persons with very low incomes (below 150% of FPL) who are concerned about losing their housing is more than 65%.  So the concentration of this need, the co-incidence with other factors, and the opportunity to mitigate its impact on the health of individuals are all greater here.  But housing insecurity and other stressors are not limited to only the very poor.

This study is based on the idea, developed at Deft Research, that there are factors that intervene between SDoH and health system outcomes.  And that it is useful to understand these factors as we work toward a system-wide improvement in population health management.  According to this thinking, between SDoH and Outcomes, lie “Frames of Reference” and “Engagement”.  We define Frames of Reference as “internalized concepts and experiences that predict health behavior”, such as the belief that each person is responsible for their own health care.  We define Engagement as, “the degree to which people use the health resources available to them”, such as frequency of visiting a primary care physician.  The survey captured data about both of these factors.

Our plan for future blog posts, is to present the tests of whether or not SDoH’s are associated with Frames of Reference and whether those, in turn, provide more explanation of Engagement and Outcomes.

At the end of this October, Deft Research will publish a study based on a revised survey and focused on the health engagement of persons in the IFP and uninsured markets.  Again, we will be pursuing better explanations of Outcomes that are of concern to health insurers and care systems.  We welcome comments and suggestions.